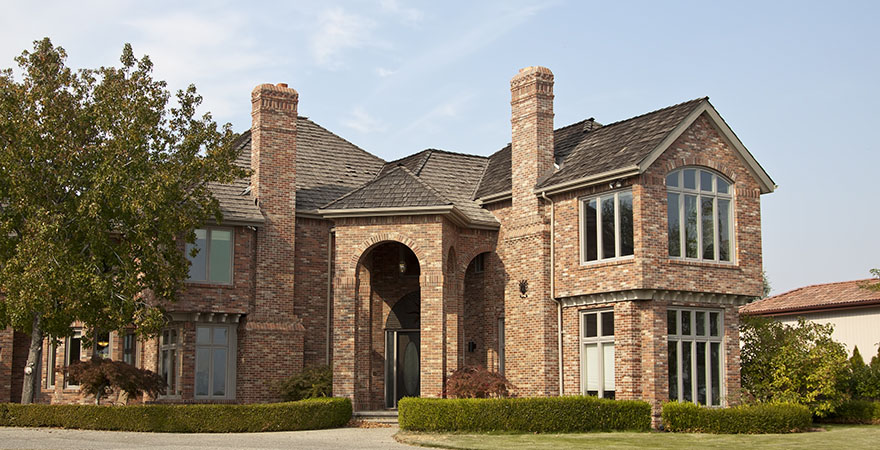 Winters are just around the corner and fireplaces are all set and ready to burn the cold away. The optimum performance of a fireplace is vital in these months and you should know how the fireplace and chimney work and what the purpose each of its parts is so you should know which part is causing the problem when you perform chimney inspection or call chimney contractors.

Did I mention chimneys and fireplaces are separately? Yes, you heard it right. They are two different things; rather the fireplace is an integral component of a chimney.

Let’s break down the anatomy of a chimney for you.

The bricks essentially constitute the fireplace. The condition of the bricks will determine how well your chimney performs and how safe it is. Bricks that are deteriorating will cause your chimney to lean or worse, it will collapse. Another problem associated with faulty bricks is the accumulation of moisture which will cause the formation of mold and mildew.

Many people confuse a chimney liner with a chimney flue. They are poles apart having different purposes. A chimney flue is a vertical outlet that allows combustion material to escape from the home.

Chimney liners serve an imperative cause. They don’t let the fire make way to other parts of your chimney by being confined to just the fireplace. Clay tiles are the most economical and efficient way to line your chimney.

Usually, liners are very long-lasting but if you’re replacing your old fireplace with a new one, you’ll have to get a new liner as well. Any failure in doing so will allow moisture to seep through your bricks and damage everything that comes into contact, be it your carpets, walls, padding, or insulation.

Another point of caution is that you shouldn’t use your chimney if your liners are cracked. Get them fixed ASAP.

Chimney caps are another very important constituent. They aid in keeping all outdoor elements like animals, rain, snow, sleet, debris, leaves, etc. at bay. An additional vital function of them is they protect the chimney from roof fires because the wire mesh acts as a guard for sparks.

The chase cover is placed on top of the chimney to cover the opening. It is made from a variety of materials like copper, aluminum, or steel. Copper and stainless steel are the most preferred ones because of their longevity. Aluminum is the top choice for consumers that prefer different colors. Chase covers are also available in galvanized steel but they’re unpopular because of their rusting tendency.

Flashing is the place where the chimney meets the roof and its sole purpose is to protect it from moisture penetration and leakage. Flashing for the chimney is also available in a variety of materials like vinyl, aluminum, steel, or copper.

The chimney crown is a slab of cement placed at the roof of the chimney which prevents water from entering the chimney.

Most homes do not have a chimney crown but they are essential in maintaining the effectiveness of your chimney.

The Fireplace Damper Or Throat Damper

It is known by both names because it is placed above the throat of the chimney right above the firebox.

The main purpose of the damper is to seal the fireplace when it is not in use to prevent loss of heat. However, when your fireplace is in use, make sure that the damper is kept open. Failing to do so will build smoke inside your room causing extreme suffocation.

Keeping your damper in tip-top working condition is also important. If it doesn’t function properly it will not let smoke escape from your home which is a potential health hazard.

The smoke chamber of a chimney is located between the flue and damper which lets the combustion materials exit from the chimney, rather than entering your home.

The fireplace has the following components:

So this was a summary of all the components of a chimney, and now you won’t have to fumble between their purposes next time for maintenance. To keep your chimney and fireplace working at 100%, hire chimney sweep services Columbia MD for chimney cleaning, at least, annually.